The Fastest Way To Level Up Any Part of Your Life 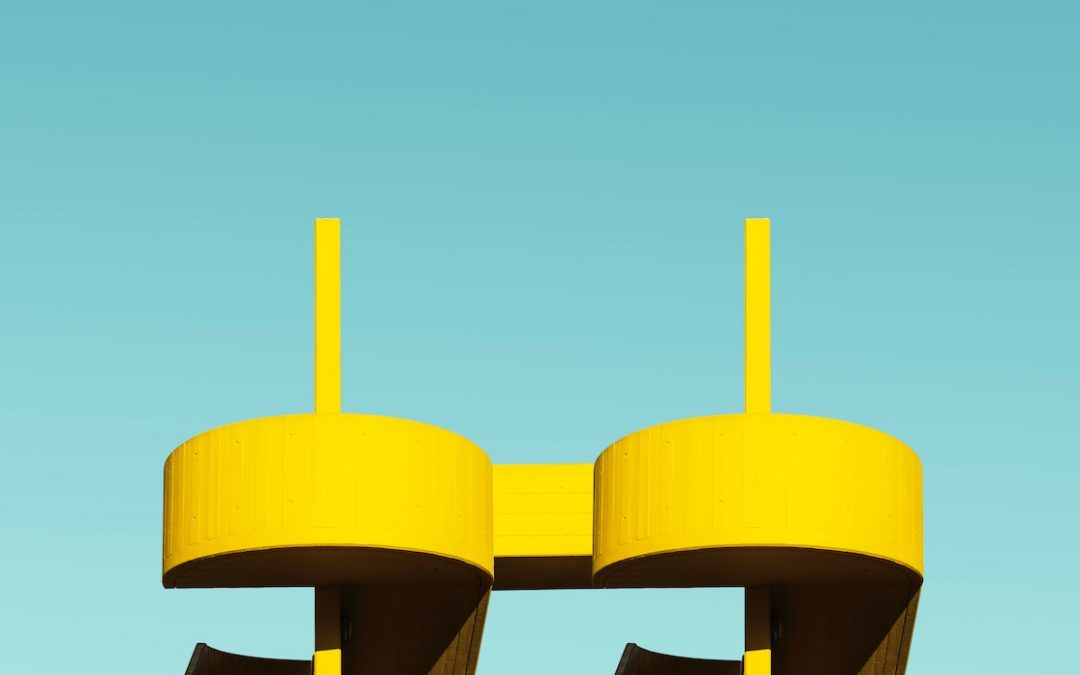 When I was in my early 30’s, I learnt a pretty important (read: difficult) lesson, on why people can sometimes say one thing but (totally unconsciously) mean the exact opposite.

Soon after I turned 30 I decided to turn my life upside down by moving to the opposite side of the planet. From the cool Bondi Beach in Sydney,  I moved to the super cool (yet very grey) London.

When I arrived in London, I didn’t have anything set up- no home, no gym (yes, I needed somewhere to train!) and no job.

I knew I had to make things happen pretty quickly.

I started reaching out to some connections, and a friend of a friend was looking for a housemate to help pay the mortgage on her brand new apartment. BINGO.

I was super excited because it was a great apartment in really vibrant part of London. Also, because the apartments had a fully kitted out gym!

When my housemate-to-be saw my enthusiasm for the gym, she got really excited about me moving in. She said she really struggled with being healthy and in going to the gym, but now she had visions of us having fun together and working out, and being motivated to train.

It looked like it was going to be a win-win!

At the time, I NEVER could have seen what was about to happen.

I was about to learn the hard way.

New to London I had only a few friends, no job, and no clear future. It was pretty daunting. I needed to land on my feet and set myself up, asap.

So that I didn’t get overwhelmed, I made sure I got up early every morning to meditate and to train. I knew that would help me to feel energised and focused, and to help settle my mind from worries and doubts.

I’d spend almost the whole day writing to companies and doing what I could to build a network and to pitch for work.

At first, my housemate thought my motivation was pretty cool. But the novelty soon wore off.

After living there for a few weeks, she said something that really surprised me. She said “I wish I could just come home and find you laying on the couch with empty chocolate bar wrappers all around you.”

Although it was totally said as a joke, it was a sure sign that my everyday habits were getting under my housemate’s skin.

Unfortunately, I was blind to these kinds of signs. I had no idea.

About 8 weeks after I’d moved in, my housemate asked me to move out. She said she had a friend who really needed a place to live, and that I was going to have to leave.

I was so hurt that she didn’t think I was a good housemate. And I was really nervous about what I’d do next. The deep end just got even deeper.

It wasn’t until a few weeks after I’d moved out that I realised there might have been something else going on that made my housemate want me out.

Of course, I could be totally wrong about this– there’s always that!

But why had she gone from being really excited about me moving in and being motivated to train, to wishing she could come home to find me in a chocolate coma, bathing in a mess of empty twix and mars bar wrapppers? What changed?

Now, let me be clear; I’ve made a ton of mistakes. My motivation waxes and wanes. Sometimes I’m insanely fit, and sometimes I’m 5 kgs heavier than I “should” be–  “should” being relative to being a flawless, perfect person. But guys, I’m human.

At that period in my life though, I got up early and went to the gym almost every morning. I was super proactive almost every day. And whilst my housemate really liked the idea of going to the gym, when push came to shove, she didn’t really want to go.

Like most people, my housemate didn’t need me there reminding her every day of what she said she wanted to do, but in reality, she didn’t want to do at all.

Maybe my choices and actions made her uncomfortable about her own, and that’s why she needed me out?

SAYING ONE THING AND (UNCONSCIOUSLY) MEANING THE OPPOSITE

We’ve ALL been there.

We want to start the diet.

We want to start saving more!

We’re definitely going to stop spending so much money on take away.

You name it, we’ve declared it.

But when someone comes along and offers us a low-cost gym membership, or a great book on personal finance, then all of a sudden– it’s a case of OMG I’M SO BUSY!!

Or there’s a gazillion reasons why “food prepping isn’t for me.”

So when someone comes along that pulls away the “reasons” to our inaction, it can really throw us into a tail-spin. We’re exposed. We freak out.

Rather than having to actually face our inaction and the choices we make, the simplest thing to do is remove the person or thing that’s showing up our [BS] “reasons”. 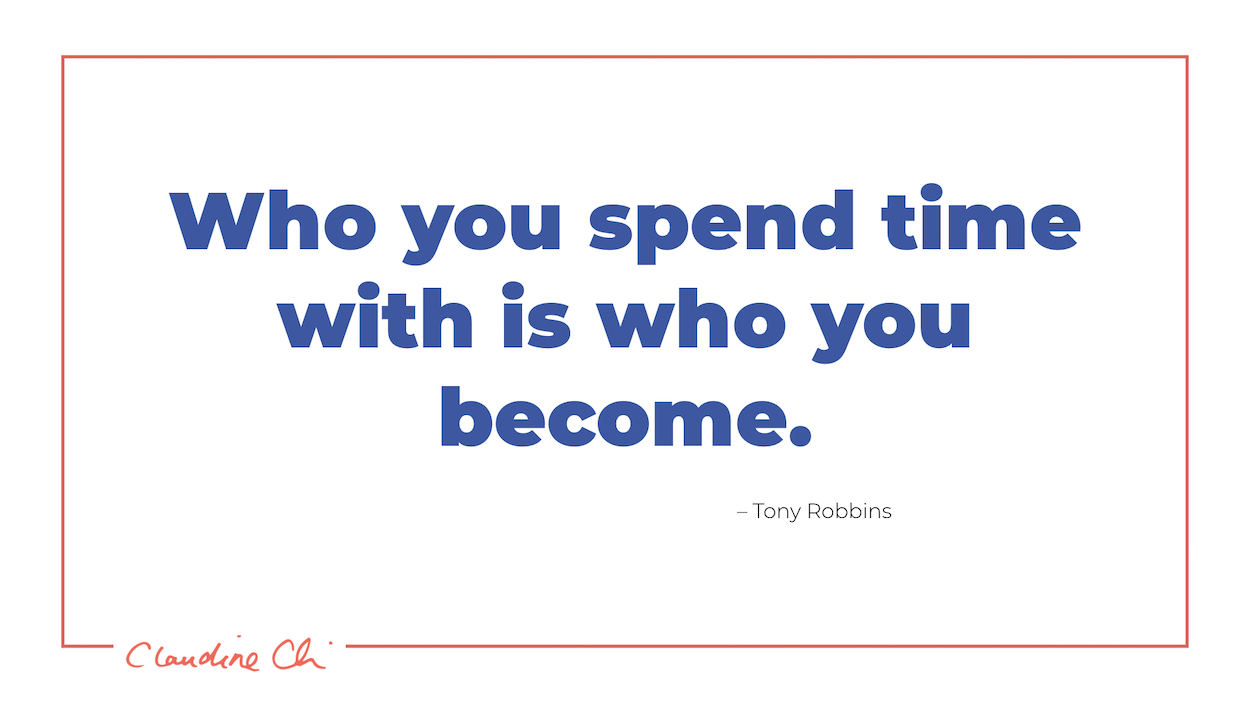 Personal development gun from the 60’s, Jim Rohn, coined the well-known phrase,  You’re the average of the 5 people you spend the most time with.

You don’t need to be into personal development to know this. It’s what almost every parent knows instinctively when they say- I don’t want you spending time with Lucy, or John– they’re a bad influence!

Who we spend time with, is who we become.

It’s the reason why athletes hang out with other athletes.

And why drinkers go out with drinkers.

People who think and act like us serve to validate our choices and support us in our journey. They understand us in ways that people outside of those spheres don’t always get.

But if we want to grow and evolve in new directions, we need to find people who live and emulate our aspirations. People that we can learn from, model off, and mirror.

Want to learn a ton? Have greater mental mastery?

Love to increase your EQ?

Which 5 people do you spend the most time with? Because that’s a sure sign of the direction you’re heading in.

We live in a time where we have unprecedented access to almost everyone on the planet. No matter what you want to do or become, you can find  incredible people you’d like as key influences in your life.

You don’t need to know them personally– you can simply follow their mindsets, methods, and practices online, or in their books, films etc.

Want to be as wise and tolerant as the Dalai Lama?

Simply put His Holiness the 14th Dalai Lama of Tibet in your top 5 virtually!

Wish you could get be better at earning more money on the side, or negotiate your salary like a pro?

Roger that! Then why not follow Ramit Sethi’s incredible work via his website or @ramit on most of the socials, where you’ll get exceptional access to his “rich life” mindsets and financially wise strategies, processes, and habits.

I’ve been following Ramit’s work for a solid 5+ years and although he lives in New York, he’s definitely in my top 5.

Keep in mind you can always mix up your top five at any time depending on your goals and interests, and where you’re at any stage in your life.

Just make sure you know core circle, your top 5, and regardless of whether it’s your partner, your boss, your bestie, or the virtual Dalai Lama, they are most certainly influencing your mindset, your goals, and the direction that you’re taking life, just as you’re influencing theirs.