THE MOST IMPORTANT PART OF EMOTIONAL INTELLIGENCE IS THIS 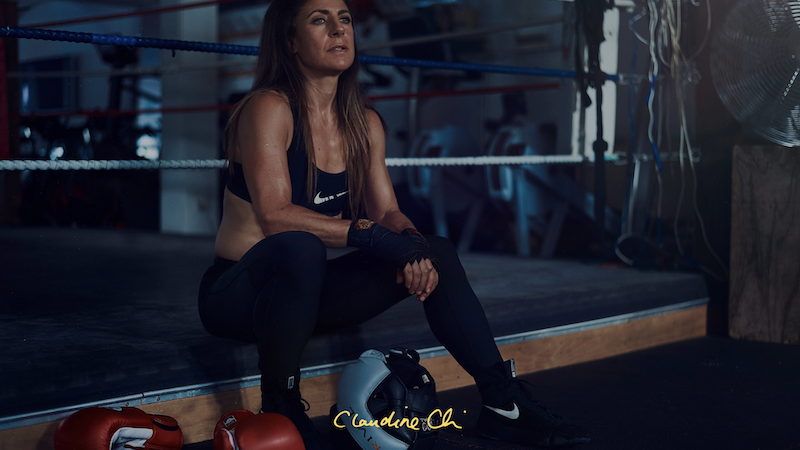 Why does emotional intelligence (EQ) even matter to you or me?

How does it affect your life if you, or others, have a high or low EQ?

There are an infinite number of ways that EQ massively impacts us.

Let’s start by considering how our boss’ EQ can make the DRAMATIC difference of whether we absolutely love going to work,  or whether we dread the thought of it.

The boss who snaps or shouts at you, micro-manages you,

and shuts down your ideas and opinions. Generally this boss

causes you to feel totally inadequate and unvalued.

The result? You hate going to work.

(This Boss has LOW EQ in terms of; low self awareness, low self management, low social awareness, and low relationship management.)

The boss who speaks respectfully to you at ALL times, even when they’re super stressed.

The boss who welcomes your ideas. The boss who empowers you by delegating work and TRUSTING you to do it well.

You love your boss and stay in your job way longer than you should, because you love them so much.

(This Boss has HIGH EQ in terms of; high self awareness, high self management, strong social awareness and relationship management.)

Any takers?! That’s right. No one.

Here we can see some very tangible impacts of when someone has low, or high, emotional intelligence in the workplace.

These tangible impacts extend to EVERY single part of our lives. Our work. Our relationships. Even our own self-worth.

THERE ARE MULTIPLE PARTS WHICH MAKE UP SOMEONE’S EQ

To be able to explain all the ways that EQ matters in real life, it’s important to note that there are a bunch of different parts that make up what it means to be “emotionally intelligent”.

In other words, EQ isn’t just a one-size-fits-all thing.

It’s super important to know what each of these parts are, because all of the parts will impact to your life in some way or another. BIG TIME.

You’ll see in the examples of Boss #1 and #2, I’ve referred to some of these parts– which are actually skills— including self awareness, social skills and relationship management.

Soon I’ll explain what each of those parts are, but today, let’s just focus on what I see as the most important part of EQ.

THE MOST IMPORTANT PART OF EMOTIONAL INTELLIGENCE

I believe that the most important part of emotional intelligence is how you manage your emotions.

How you manage your emotional state.

Most psychologists and academics call this part SELF MANAGEMENT.

To me, this part of EQ is EVERYTHING, because it’s how you FEEL about yourself, about life, and about everything that happens to you.

It’s so incredibly powerful because if you can manage your emotional state, then I think you can pretty much manage yourself through ANYTHING.

— It means that you know how to stay cool under pressure.

— It means that you don’t say that stupid thing to your colleague, or your partner, that you’re later going to really regret.

— It means that you know how to pick yourself up and be resilient when the going gets super tough.

— It means that you can actually feel great about who you are, and where you’re at in life (instead of feeling like you’re not good enough).

Rather than bottle your feelings up.

Rather than pretend your feelings don’t exist.

Rather than engaging in negative or destructive habits (FYI no judgement here, we’ve all been there! Eating or drinking or spending ourselves into “feeling better”. Ugh. It sucks. But the great news is, there are better ways!).

Having high EQ in self management means that you can EFFECTIVELY manage any– and all– of your emotions. The good, the bad, and the ugly.

HOW EMOTIONS IMPACT YOUR RESULTS

A lot of people think of being good at “emotional stuff” is a nice-to-have, but they don’t see it as something that directly fuels their results, and what they get in life.

Respectfully, I could not disagree more.

Emotions, and our ability– or inability– to effectively manage them, DIRECTLY influence our results.

HOW MY LOW EQ COST ME A WORLD TITLE

This story (painfully) outlines how I first learnt about this part of emotional intelligence. And no, it wasn’t from a book.

Actually, it was in my early days as a competitive athlete.

At the time I had no idea that controlling your emotions was even ‘a thing’, let alone know it was called ‘emotional intelligence’.

All I knew, was that when I was competing in a karate tournament, if I couldn’t manage my emotions then I was really in trouble.

Because how I felt directly impacted how I performed.

These dumb mistakes had a very real impact. It meant the difference of being world champion for the style of karate that I did, or NOT being the champion.

Essentially, having a high EQ in self management was the key to whether or not I would fulfil my deepest goal and dream of winning a major karate championship.

This exact thing happened back in 2003.

I’d been dreaming of winning this international karate tournament, night and day, every waking hour, for months on end.

I was so stressed out and I put so much pressure on myself to win, that my stomach would twist and turn every time I just thought about the tournament.

My insides were so messed up because of my lack of emotional management, I DIDN’T EVEN GET MY PERIOD FOR 6 MONTHS leading up to the tournament.

Imagine what my poor body was experiencing as a result of my nervousness and fear- all because I hadn’t learnt how to manage my emotions.

I flew half way round the world, from Australia to England, to compete in my first international tournament at black belt level.

Can you guess what happened when I finally made it to the competition?!

Amazingly, my sheer will and tenacity saw me go from being in the Top 50, down to the Top 2.

I had made it into the finals.

And boy, was I TENSE.

I was so wound up that I was a million miles from being able to find my “flow state”.

Most people call this being “in the zone”, which is THE emotional state that every athlete longs to be in!

I was about as far away from being “in the zone” as you could imagine.

It was now GAME ON time and I’m IN the final! The crowd is going ballistic.

I was rushing so hard with adrenaline that it was like I’d had about 10 shots of coffee in a row.

My karate was jittery and awkward and erratic. I was performing pretty badly.

I quickly got behind on the scoreboard and I PANICKED even more.

In my overwhelm, I made dumb choices and rushed in to try and score a quick point. This was the EXACT opposite of what I should’ve done against an opponent who thrived on picking me off. (“Picking someone off “ is karate speak for ‘they wait for me to rush so they can punch me and score’. In my emotional frenzy, I obliged).

My dreams of winning the championship fizzled into nothingness.

All because I was unable to manage my emotional state!

Unfortunately, the poor self management didn’t end there.

Technically, I had come second. But in my heart and head, I was a LOSER.

My second place was irrationally painful. I felt like I’d completely failed because I hadn’t set out to achieve what I’d said I would.

In reality of course, I had done AMAZINGLY. It was my first ever major international tournament and I’d even made it to the finals! I was also a relatively new black belt, so I was super fresh at competing at this high level.

There was SO much to recognise and celebrate and I could’ve been so proud of myself.

But I didn’t. And I wasn’t. Instead, I just felt like I wasn’t ENOUGH.

This my friends, is the WORST kind of low EQ.

If we have this kind of low self management, it means that we don’t always control how we feel about ourselves, so we might not always respect (or love) ourselves.

We can tell ourselves horribly mean, awful things, like “I’m such a loser”, and we can feel inadequate or stupid, or just outright hopeless.

This is a horrific consequence of having low EQ– the self-loathing and self- punishment that comes along with not being able to manage our emotional state.

As I continued to compete over the next 10+ years, I learned how deeply destructive this was.

Eventually, I learned how to stop getting overwhelmed and how to effectively manage my emotions, both before a tournament AND in the ring.

The result of this personal development was that I won a bunch of titles, which felt AWESOME.

But even more importantly, was that I learnt how to love and respect myself, regardless of whether or not I won any fight, or any title.

This is the power of effective self management;

It’s the ability to control your emotional state to get a desired outcome or result.

AND it’s the ability to feel fulfilled and to actually like– even love— who you are.

If you could do with some more self-love, or greater self management in things like staying motivated, not worrying so much, or building your resilience etc, drop a comment below!

Let me know if you’d like some exact strategies on how to actually do this?