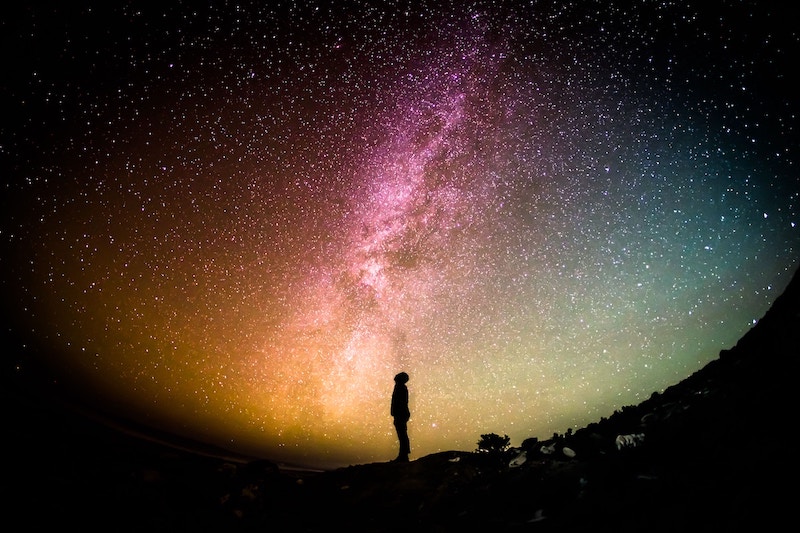 Today I want to show you why some people are always “stuck”.

The kind who are always seconds away from having a bad day, and who generally think that life is an uphill battle. SIGH. How exhausting.

But why is it that some people can power through even the toughest of times? Meanwhile, others are convinced that the world is out to get them when their favourite can of drink isn’t in stock? 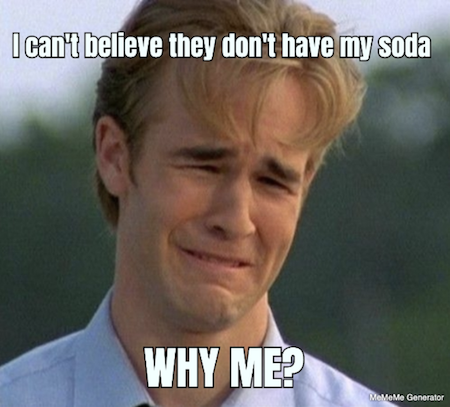 It sounds laughable, but sadly this happens all too often at work, and in even at home.

Well, today I want to show you HOW and WHY some people get stuck in such a negative place– and how to make sure that this never happens to you.

WOULD YOU HAVE A MINI MELTDOWN AT THIS?

Remember the story I shared the other day, about Bill (not their real name) the airport shuttle driver?

In case you missed it, Bill was driving me to the airport at the end of my amazing working holiday.

When the car stopped dead about 20 mins from the airport, Bill had a mini meltdown.

Bill looked to the heavens and asked–LITERALLY– “Why is this happening to me?”

Poor Bill, he honestly thinks the universe is out to get him! (Aside- do you know someone like this?)

Here was my take on the situation: (which had nothing to do with Bill being cursed by the heavens!)

– We were totally safe on the side of the road, with plenty of space, and in broad daylight

– We were lucky that the leaking petrol tank didn’t cause any damage to us, or to any other cars or drivers

– Bill had no appointments anytime soon, and nowhere else urgent to be

– Bill WASN’T THE ONE who still had to get to the airport or else they’d miss a flight- that was me!

But Bill was CERTAIN that things were happening to him. POOR BILL!

Why was Bill convinced that the universe was trying to ruin his life in that moment?

The answer lies in the nature of his question.

I’ll show you exactly why Bill’s “Why me?” question was so destructive, and why these types of questions keep us stuck, or feeling like the world is against us.

THE PSYCHOLOGY OF OUR QUESTIONS

Last week I shared The Mind-Tune Method with you, and how the act of THINKING is almost entirely only two things; asking a question, or stating an answer.

Because our thinking is fuelled by our questions it is critical to know– What are the best questions to ask?

And avoid Circular Questions 99% of the time. 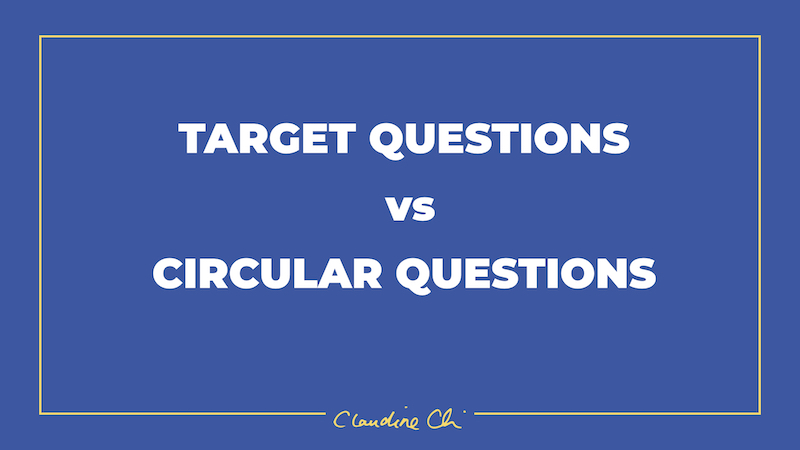 There are certain questions that keep us stuck and render us totally disempowered. I call them Circular Questions.

They take you in circles and don’t lead you anywhere new. Instead, they keep you totally focused on the problem.

We cannot solve our problems with the same level of thinking that created them.

But Circular Questions do EXACTLY that!

Here are some classic Circular Questions, designed to keep you stuck by having you think at the level of the problem;

Why am I so hopeless?

Why am I so unlucky?

Why does this always happen to me?

Why can’t I ever meet a good guy/ girl who knows how to treat me well?

Why is everyone always out to get me?

What’s wrong with everyone these days?

Why can’t I ever find a job that pays me well?

Why are men/ women/ my boss etc. always so stupid/ mean etc?

Can you see the underlying nature of these questions?

They presuppose negative outcomes, automatically inferring that you are doomed and the world is out to get you.

The consequence of asking Circular Questions means you’re forced to respond in a narrow and limited worldview, i.e. with a fixed mindset.

Here’s a broader perspective needed to effectively deal with these limiting Circular Questions;

*You aren’t hopeless- you could have just made an error.

* You aren’t always 100% unlucky- I bet some great things happen to you too.

* It doesn’t always happen to you- but that’s the only part you’re focusing on.

* You can meet someone great- you’re just in a pattern that you haven’t managed to break out of yet (but you can). 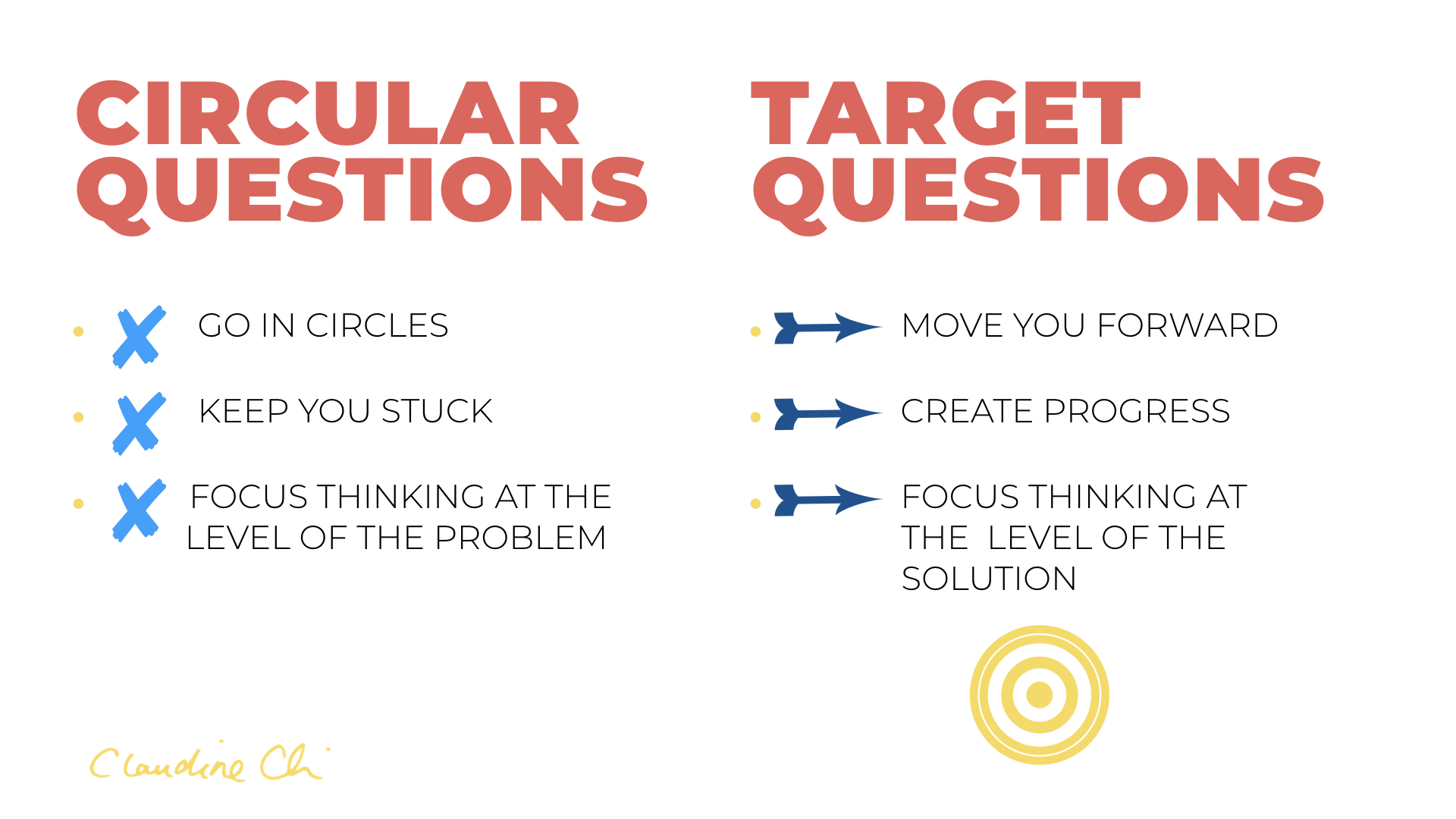 ELEVATE YOUR THINKING TO FOCUS ON SOLUTIONS, USING TARGET QUESTIONS

Like an arrow, target questions have both movement and a direction.

They take us somewhere new.

Target questions take us away from the problem, driving us to take action towards a better outcome– a new direction made possible by our new levels of thinking.

12 TARGET QUESTIONS THAT YOU CAN USE

Here are 12 examples of powerful Target Questions that propel you towards where you want to go, what you want to do, and who you want to become;

– What’s one small action I can take today to start building momentum towards making X happen?

– Who do I need to meet to help me learn X, or achieve Y? How can I reach out to them?

– What’s something really great I could do in this situation?

– If I was confident in myself, how might I talk to myself?

– What small step could I take to be a more inspiring/ supportive/ open/ influential etc. colleague today?

–  How can I TOTALLY turn my situation around? (MY FAVOURITE!)

– I’m not very good at managing money, but what books could I read to start changing this?

– What else could I do to strengthen my relationship with my boss/ children/ partner etc?

– How else could I have more fun this week?

– How can I share my unique skills with others, and get well paid for it?

– What am I grateful for, right now?

– How can I best express myself and speak what’s in my heart today?

Develop your self-awareness and notice any time you are asking circular questions. Acknowledge that they are keeping you stuck.

To begin to set yourself free, simply ask a Target Question, then honestly and openly answer it.

Use Target Questions to achieve all of your deepest dreams and goals, and to live your best life– fulfilled, successful, inspired, purposeful– or whatever “best life” means to you.